During a single act of fission of 235U, more than 200 MeV of energy are released. Some of this energy is carried away by the neutrinos, while the rest is released in the reactor as heat. More than 80% of the fission energy is the kinetic energy of the fission products, deposited practically at the point of origin, i. e. in the fuel layer. Hence, it is particularly important to cool the fuel itself.

A diagram of the coolant flow in the fuel element is shown in Figure 1. Cold water flows from the top into the gaps between the 3 outer fuel tubes, returns at the bottom of the element, and returns up through the water gaps between the inner fuel tubes. The center tube (conventionally designated #4 tube) divides the up-down flow and extends the flow dividing tube along the entire height of the fuel channel.

The remaining core elements are cooled by water flowing from top to bottom through the reactor basin. It is an open (pressureless) pool cooling circuit. The heat generated in the non-fuel core elements mainly comes from gamma radiation emitted from the fuel, as well as from nuclear reactions in the core materials under the influence of neutron radiation. Much of the heat received by the pool cooling circuit comes from the heat exchange between the fuel channels and the pool.

Both primary cooling circuits of the MARIA reactor (circulation of fuel channels and circulation of the pool) transfer heat (through exchangers) to the common secondary circuit, which in turn, via a fan cooling tower, to the atmosphere. 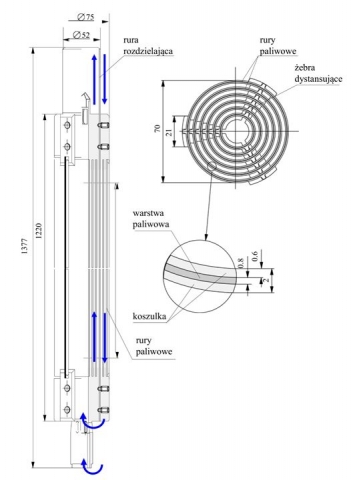 Figure 1. Arrows show the direction of coolant flow in the fuel element